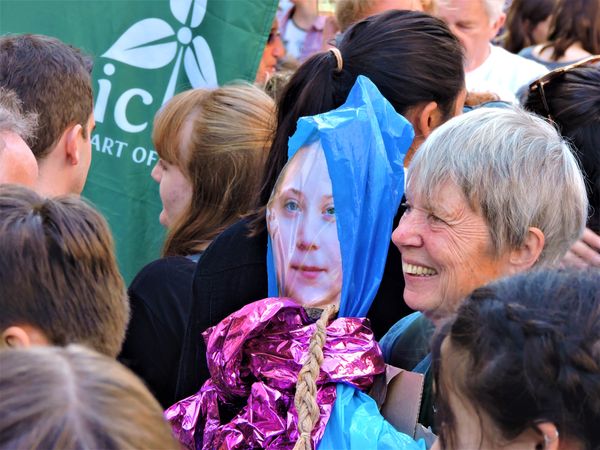 Earlier today, it was announced by York Press that Extinction Rebellion in York were set to hold a rally at 2pm tomorrow outside York hospital.

This has led to an outcry against the action, with one individual commenting on the report on Twitter, saying "They should be arrested, taken down to the cells and be informed there is no vegan option available for dinner." and another referring to XR York as "A menace to society".

However, in an exclusive interview with Catherine Heinemeyer, of XR York, she refutes the claims made by York Press of the event being a rally of any kind. She said:

"This will not be a 'rally' but a very small (probably 5-10 people), scrupulously socially distanced action near the hospital. We are asking people to support it on social media, not to take to the streets."

"XR prioritises public health highly and will not do anything to endanger anyone. To anyone who questions whether this is a necessary activity justifying a few of us leaving our homes, I'd say that showing government that people will not accept a return to underfunded public services is essential."

The action is due to take place on International Nurses Day, Tuesday 12th May, where members of Extinction Rebellion York are expected to demand the resources needed for caring and health, at work and in the community.

An XR York spokesperson said how the coronavirus crisis sparked the action:

"The crisis has shown that there are parts of 'normal' we don't ever want to go back to - like underfunded public services, inequality, insecure working conditions, for a start."

"We want to show government that people expect real changes to come out of this crisis. Putting people before profit shouldn't be a temporary measure just in an emergency - we need to build back better so that our economy works for people and planet."

The action also comes as part of a bigger movement by Build Back Better UK, who have set out five motions which they are encouraging the government to take on board.

As for tomorrow, the event is set to go ahead. Catherine added:

"People can get involved by sharing the campaign on social media, putting posters in their windows - perhaps beside their rainbows for carers!"